In this seminar OPAWC staff learned the concept of advocacy: how to pursue justice, how to eliminate the exemption of abusers and criminals form, how to give psychological comfort to the victims and how to secure a safe community and implement the law. They were instructed in the three aspects of advocacy: Advocacy for the affected people, advocacy with affected people and advocacy through the people.

A one day workshop on medical advice was held for women in the VTC.

This workshop was run jointly by the staff and some outstanding students of the center.

Topics covered were benefits of drinking water for the kidneys, damage to bladders due to not relieving urine for long time periods, harm form the use of non-prescription medicine and others.

The workshop was simple but very useful for the women; they took part in discussions and were happy to learn new issues.

Global Uprising of One Billion Rising (OBR) on Violence against Women

Global Uprising of One Billion Rising (OBR) on Violence against Women14th February is the day where all civil societies and human rights institution raise their voices in solidarity with the victims of violence around the world.

Afghanistan joined this campaign formally in 2013. Therefore on 14 February, this event was celebrated in Afghanistan like in other countries.OPAWC, whose target groups are women,also participated widely to show its solidarity with women victims and raised its voice to eliminate all kind of violence and harassment against women throughout the country.This event was held and celebrated simultaneously in 34 provinces of Afghanistan by AWN (Afghan Women Network).

The BBC persian  service held a debate between the Deputy Ministries of Social Affairs, Women Affairs and an OPAWC representative in Kabul.

Latifa Ahmady, the representative of OPAWC, said in this debate that the number of beggar women in Afghanistan increases day by day. The representatives of the Deputy Ministries argued that most of the women beggars are professionals and that they developed the habit to beg; Latifa Ahmady rejected this and said that no women is interested in going for begging and self abuse in the streets, that we must find the true reasons for begging and we know that it's because of poverty, unemployment, insecurity, inequality corruption in the country, which has led the majority of women and children to beg. 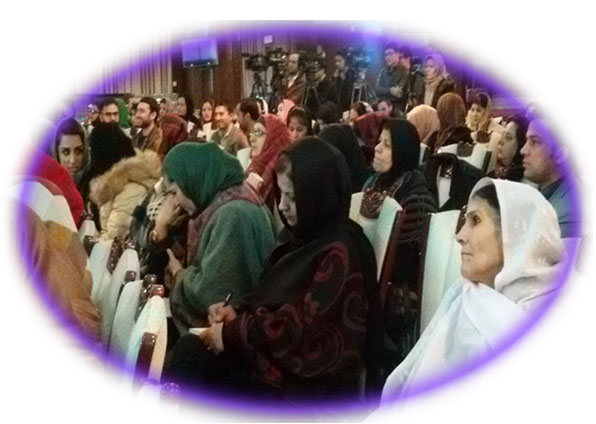 Women's Conditions in Provinces and Districts

Psychological problems, self-immolation, no access to health care, gynecological difficulties, illiteracy, drug addiction, unemployment, poverty and financial problems have worsened the conditions of women in remote provinces and districts such as Badakhshan, Nooristan, Farah, Bamyan and others.

A two day workshop on HIV (human immunodeficiency virus) was held in the Vocational Training Center (VT C). The Workshop was presented by Nabila Mohammad Khalid, a 14 year old student of OPAWC center.

The workshop was held in both sections of the VT C. Nabila presented documents with information on HIV she had gathered: What is HIV, how it effects humans, what are the ways to prevent and treat this Virus. The information was very useful for the women and they participated with interest.

Workshop on Monitoring and Evaluation of Literacy Program in Afghanistan

OPAWC representatives participated in a professional common discussion workshop on joint participatory monitoring and evaluation of the literacy program in Afghanistan. The workshop was held by the Ministry of Education, Deputy of Literacy, in the Continental Hotel in Kabul.

High ranking members of the Literacy Department and representatives from all provinces who work in the Literacy field participated in the workshop. The new method of monitoring and evaluation especially in the provinces and villages were discussed and new ideas were presented by participants.