In addition to students and their families, high rank members of Ministry of Economy, Ministry of Eduction, Deputy of Literacy, Head of NGOs in Afghanistan, Head of security of the area and some other members from NGOs participated.

The function and graduation of many women from VTC shows how much OPAWC was successful in its struggle and activities. Latifa Ahmad (Director of OPAWC) delivered a speech to the audience about the progress of the women in the center. OPAWC enables those women who were previously hidden from society and unable to read and writhe, but today they are confident and are able to hold the the function through their own efforts.

Mr. Jam (General Head of Deputy of Literacy in Afghanistan) and Mr. Hashim Basirat (General Head of NGOs) had speeches in the function and praised OPAWC for its good and positive results. They said OPAWC got the highest score for its hardworking and activities among all NGOs working in the same field, they extended their congratulation to OPAWC, gave presents to all graduated students, and promised to support OPAWC in any way they could.

The function was held while the Shoray Ulama (Religious Council of Afghanistan) recently issued a degree that women should not be allowed to go outside without a male close relative, women are not allowed to work in a same office with male, they are not allowed to study in the same class and harsh than these, men have rights to beat their women. 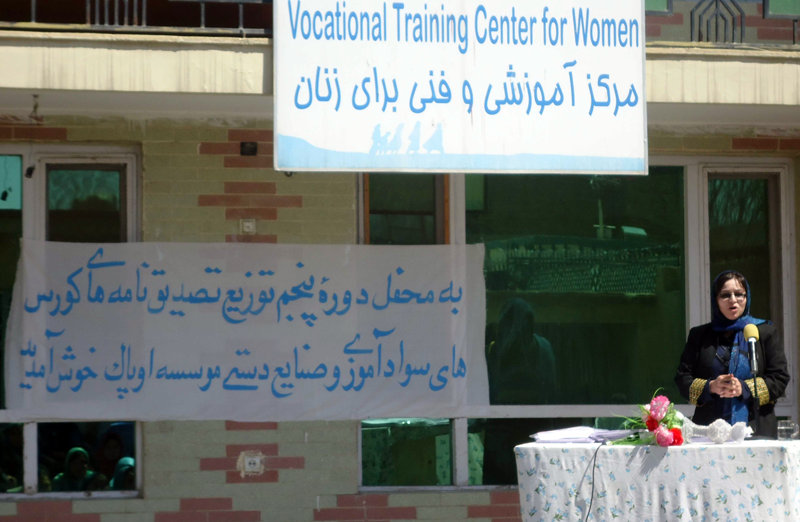