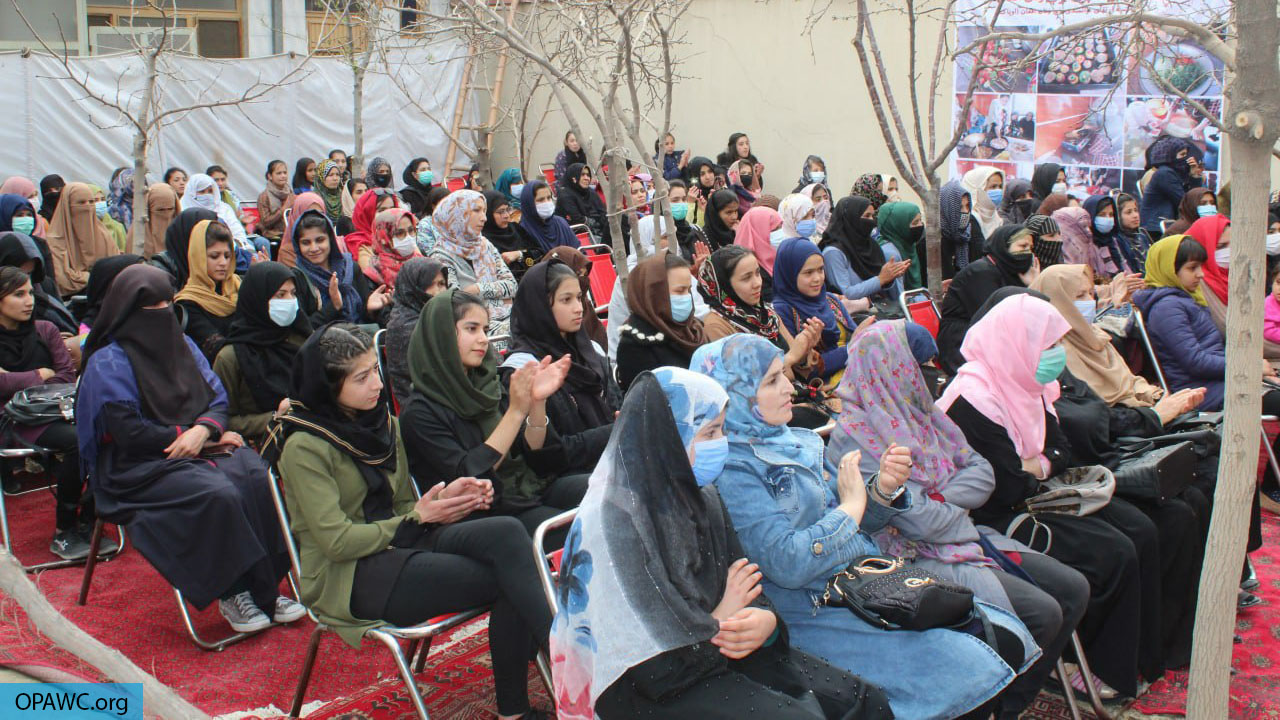 Organization of Promoting Afghan Women’s Capabilities (OPAWC) in addition to providing various vocational training courses and other activities for women and girls, has always seized opportunities to bring women together and implement programs to raise their awareness and capacity.

The event, held on March 18, 2021, is an example of these efforts. This gathering was mainly in connection with March 8, International Women's Day which was attended by a large number of students and teachers of OPAWC course. In addition to the content and themes about women and their struggles and the current situation in the country, music pieces were also included in the program. The venue was decorated with pictures and posters of OPAWC activities.

Homeira, one of the students, introduced OPAWC to the audience and started the program as follows:

“For nearly two decades, OPAWC has been working to improve and change the situation of poor Afghan girls and women by conducting literacy, sewing, embroidery and health centers in Kabul and other provinces. Thousands of poor girls and women, after graduating from OPAWC courses, have been able to enjoy literacy and become economically self-reliant. 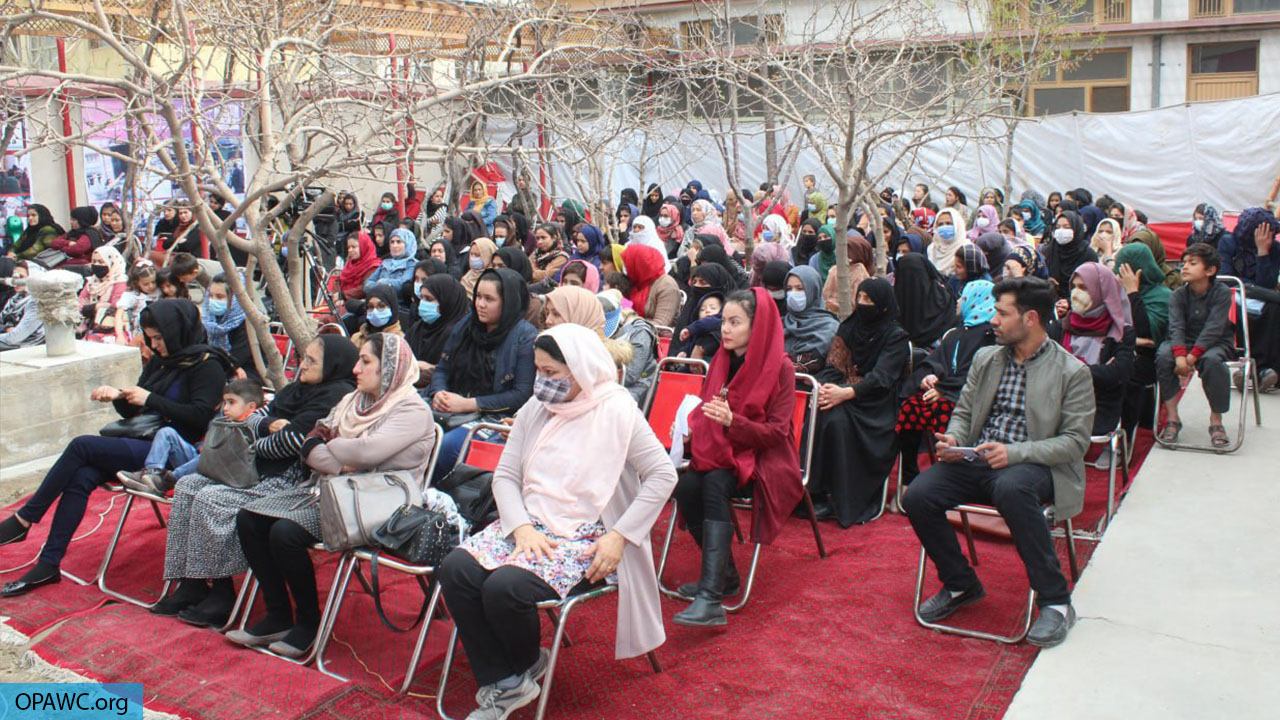 We commemorate March 8 while Afghan women face horrific violence, war, deprivation of education and other basic needs, more hardships than ever before, and their ears and throats are cut, women suffer from discrimination and sexual assault and inhuman oppression and endure it quietly.

Governmental and non-governmental organizations have always spoken of a positive change in the status of women, and by citing the lives of a few women in government positions, they have turned a blind eye to the plight of the majority of deprived Afghan women. In the last two decades, hundreds of horrific cases of violence, murder and rape against women have leaked to the media but have been forgotten without prosecuting the perpetrators.

The brutal murder of Farkhunda, Rakhshaneh, Tabasum and hundreds of other women by ignorant anti-woman dark minded radicals show that Afghanistan remains the most dangerous countries in the world for its women. The main reason behind assassination of Malalai Maiwand and three other female employees of a TV in Jalalabad, is to create fear and panic in society and ultimately suppress and silence women. 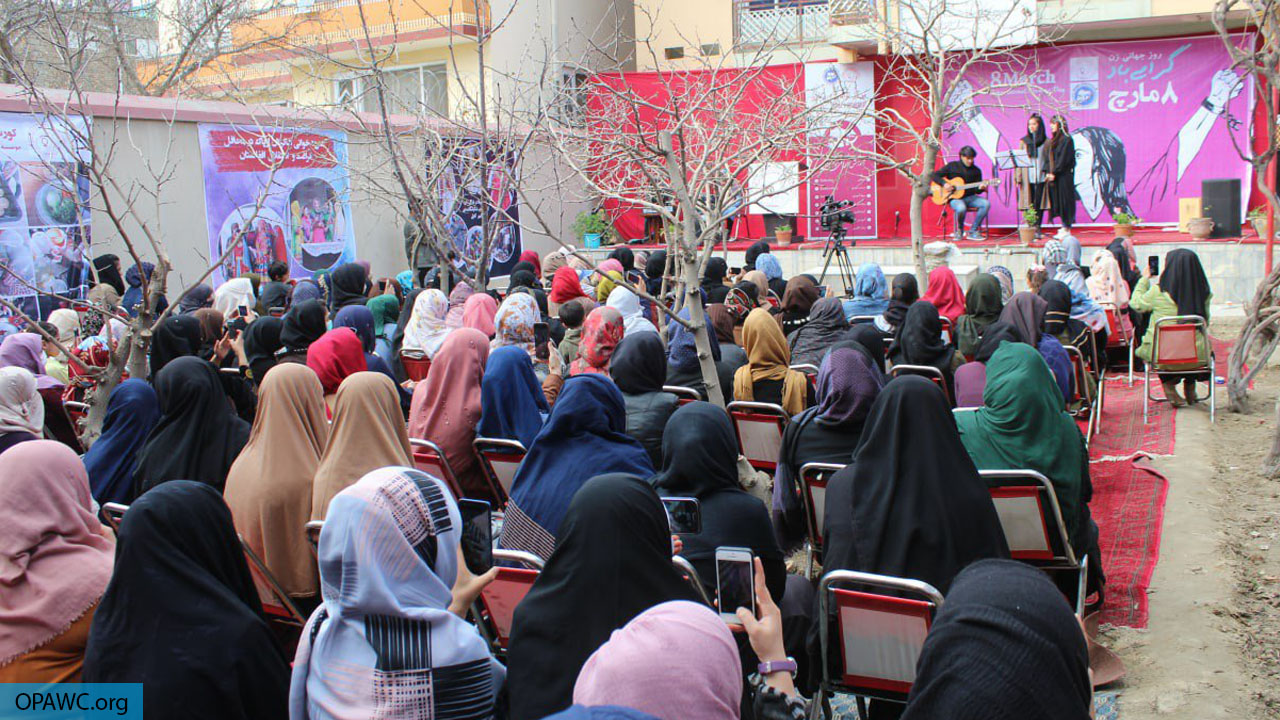 Women must stand up to their patriarchy, religious extremism and lawlessness and fight for their freedom, and they must no longer tolerate domestic violence, the oppression of misogynists and ignorant groups that are hostile to women. Only with unity, awareness and reliance on their powerful forces can Afghan women break the chains of captivity and slavery and play a role in creating a prosperous Afghanistan in which men and women have equal rights.”

Parwana, a young women's rights activist, presented the biography of Clara Zetkin, one of the founders and most important and influential figures of the women's liberation movement.

Sama Wali spoke about the life of the Afghan queen who had played an effective role in women's movement in Afghanistan said:

“Queen Suraya, the wife of Amanullah Khan, daughter of  Mahmoud Tarzi (a well-known intellectual and justice-loving figure) was the first female activist who introduced  valuable changes in favour of women: inauguration of the first schools for girls in the history of our country, publication of the first newsletter for women, sending the first group of women abroad for further education, etc.

Another effective achievement of Queen Suraya in a male-dominated society was the removal of burqa (she appeared in the government grand assembly without being coved in Burqa). Though this raged King Amanullah’s opponents who were backed by Britain, but it was definitely the beginning of a new era in the history of Afghan women’s movement. 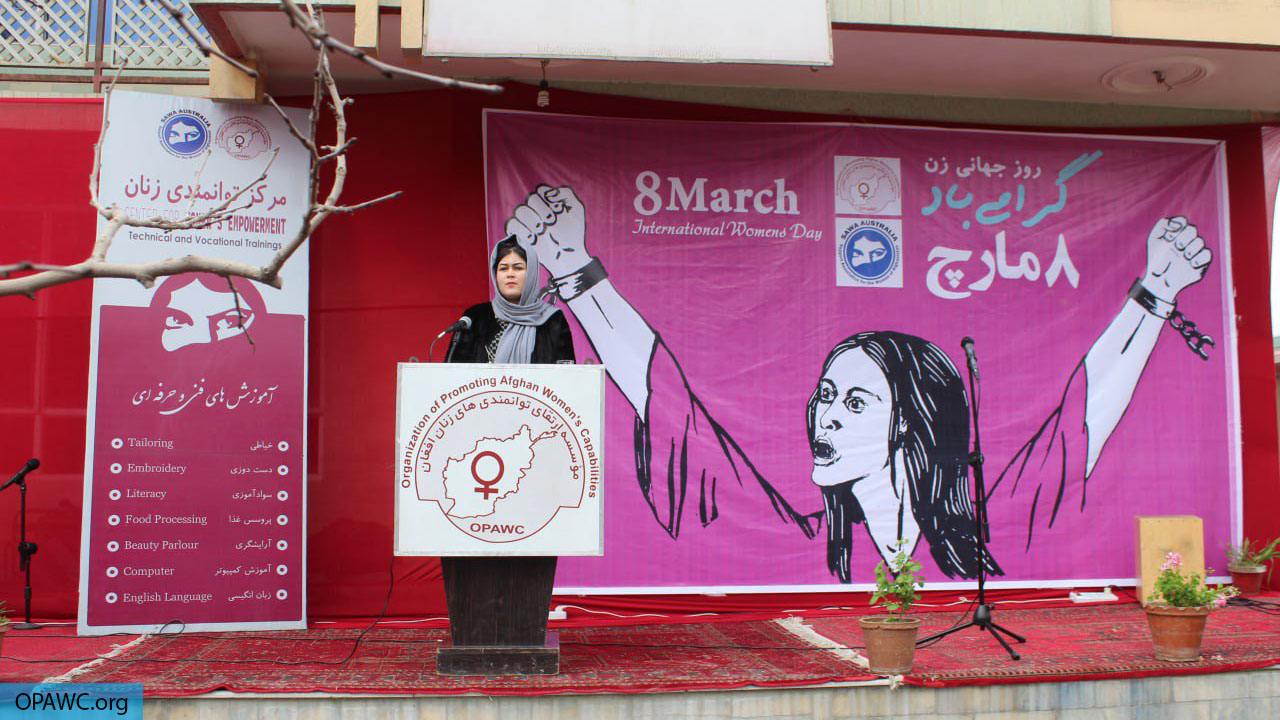 If we look at our history, the first steps of progress have been taken by the Afghan women themselves, not by begging from a foreign power, as has been propagated for the past 15 years.”

Fariba, a teacher in Kabul, read the biography of Mirman Parween. Born in 1950 she was the first Afghan female singer whose voice was broadcasted from the Radio, which was no less than a revolution in and of itself. She began her artistic journey in the most closed and backward conditions and her praiseworthy courage opened the way for other women to break through the walls of captivity.

Like previous years, the Organization of Promoting Afghan Women’s Capabilities (OPAWC), gifts were presented to the staff members for appreciation of their valuable services.

At the end a group of young artists who has become the main heroes of this country trying day and night to liberate Afghan women, presented some songs. 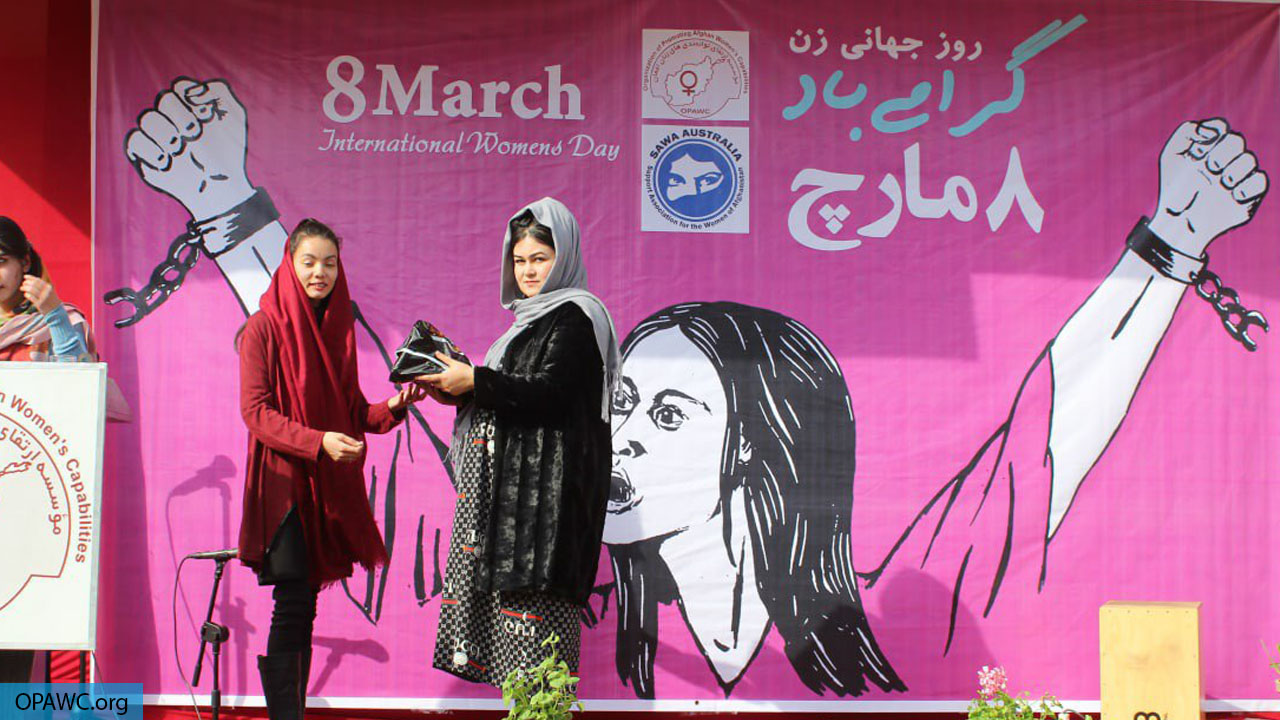