One Billion Rising (OBR) in Afghanistan 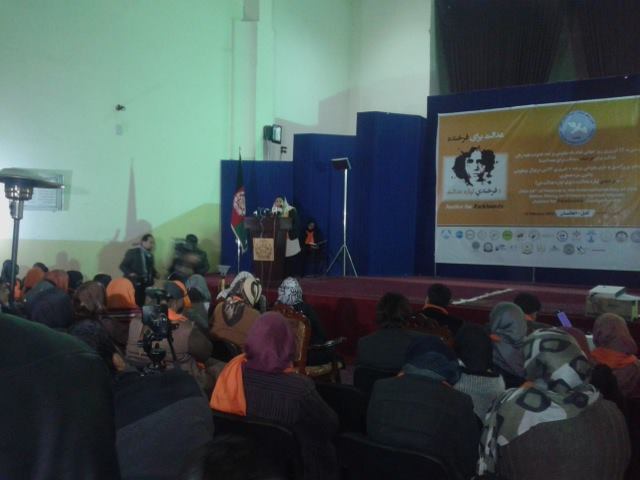 According to the United Nation's report one out of every three women in the world is raped or beaten during her life time. Thus human and civil rights of one billion women are violated in the world. for the first time on 14-Feb-2013 one billion people rose against every type of discrimination against women to defend women's rights. Since then this day is celebrated in most countries of the world including Afghanistan with the same goal to put an end to all forms of violence against women:

OPAWC always raised its voice for any case of defending women and for urging to support their rights. This year staff and students of OPAWC participated widely in a function for the purpose of OBR.

The function was arranged by Afghan Women Network (AWN) with cooperation of its members, one of them being OPAWC. This year all decided to promote a change in the legislative and justice system because of the case of Martyr Farkhunda, a young girl that was brutally killed in 2015. Her case is still stuck in the justice and legislative organs, and no one of her perpetrators has been punished or sentenced and no justice for her has been done. if the legislative and justice system of the country remains as currently, many Farkhundas will experience similar kinds of violence and discrimination and will be finally victimized. The rising people demand from the government to bring changes to the justice and legislative system of the country a soon as possible and more importantly declare the result of farkhunda's case.